Angelos A. Antzoulatos, Professor of Banking

He has taught both undergraduate and graduate courses at STERN and the Department, and worked in the research department of the Federal Reserve Bank of New York. At STERN, he received the Herman E. Kroos Best Ph.D. Dissertation Award (1992) and two STERN-Citibank awards for excellence in teaching (1992, 1995).

Dept. of Banking and Financial Management 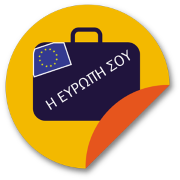